Available on eBay, Bandcamp and from this site
please check it out 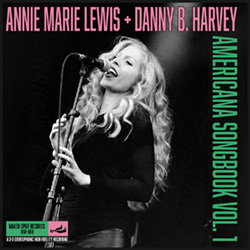 As the Halloween season kicks into full swing, and all of the ghoulish girls and demon dudes are beginning to emerge from their dusty graves, there’s only one band whose resurrection is sure to be greeted with blood-curdling howls of delight—the gothic-themed rockabilly project The 69 Cats! Formed by The 69 Eyes frontman Jyrki 69 and rockabilly guitar legend  Danny B. Harvey back in 2013, the project exploded in notoriety with the release of their debut full-length Transylvanian Tapes that featured superb cover versions of creepy classics such as “People Are Strange,” “Werewolves Of London,” and “Bela Lugosi’s Dead.”

Now, the group has returned from the hallowed crypt with a new lineup that includes longtime drummer of The Damned, Rat Scabies, and Nekromantix founder Kim Nekroman. The group’s first single, “Hollywood’s Bleeding,” a track originally performed by mega pop icon Post Malone, is a perfect re-introduction to this newly reanimated version of the band, featuring the distinctive growl of Jyrki’s 69 baritone voice backed by Harvey’s ripping guitars, Nekroman’s slinky bass
playing, and Scabies’ dead-on drumming. The quartet even filmed a haunting video for the track as a special treat for all those rock loving monsters and fiends.

Cool video and song from some great German Goth & Metal artists, that I was involved with

In 1991 Queen released her well-known single "The Show Must Go On", which became a programmatic classic, especially due to the premature death of singer Freddie Mercury. Vlad In Tears and some illustrious guests put the song in a new context.

The Italian band, based in Berlin, invited various musicians from Heldmaschine  or Exilia as well as Danny B. Harvey & Annie Marie Harvey , Aeva Maurelle (Xandria, Ex-Aeverium) and Seraina Telli to cover the monumental song. In a comment the band said: "The lockdown tried to pull us down, but we still stand up for the music and our fans, because at the end of the day the show has to go on." So now they join this chorus as a sign that it really has to go on. Nice statement, we think.

Available on digipak CD as well as limited edition vinyl!